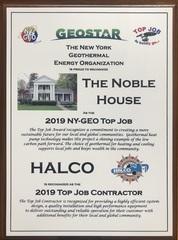 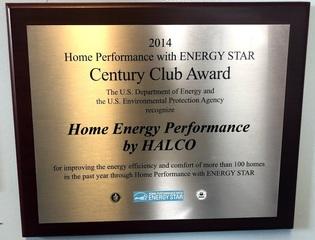 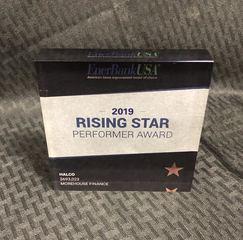 I have already told people of your company and the process and......
Testimonial from Loretta from Elmira, NY
Happy Customers Surrounding Elmira, NY
Testimonials
Reviews
Work Requests

Click the icons to see what our customers had to say.

Many homeowners are under the impression that their home is properly insulated. However, when we take a look we find that the majority of homes do not have the proper amount of insulation. We find the wrong types of insulation used, insulation in the wrong locations, gaps in the insulation and in some cases no insulation at all. What does that all mean? It means you are spending far more money than necessary to keep your home comfortable. Stop wasting money, contact the professions at Halco today!

The idea of home insulation has been around for centuries. Cavemen lived in caves because of the natural protection it afforded them. Modern dwellings do not naturally keep the inhabitants warm and comfortable, insulation must be added to get the job done. Pink fiberglass insulation was used for decades but now Polyurethane spray foam is the best product available.

Benefits of Spray Foam Insulation Include:

By adding additional attic insulation, you will make your home more comfortable and save money on your energy bills. We all know that heat rises and as a result attic insulation can have a major impact on the efficiency of your home. When you are heating your home in the colder months that heat will rise and escape through your attic. Depending on the size of your home the amount of heat that will escape could be equivalent to keeping a window open. In a national study, the average R-value found in an average attic is R-19 while the U.S. Department of Energy recommends an R-value between R-49 and R-60. Halco has the trained professionals who will be able to give you certainty about the attic insulation in your home and its overall efficiency. Call or click today to Save up to 20% or more in heating and cooling costs with a properly insulated attic!

Get A Free Insulation Quote!

If you are trying to create a more sustainable lifestyle, lower your energy bill, and combat utility price hikes, contact Halco about our cost-efficient solar energy systems. On average, solar panels meet 70 to 110% of homeowners’ electricity needs. Plus, you may also receive credit for any excess electricity your system produces!

Create a more energy-efficient and eco-friendly home with solar panels from Halco. Our energy specialists can help you choose the perfect solar PV system to match your needs and budget.

Get A Free Quote!
Photo Galleries From Elmira

Here's a close-up shot of the solar panels we installed at this Elmira, NY home!

Aside from saving these Elmira, NY customers money by generating their own electricity, this solar PV system will also save the environment over 5300 lbs. in carbon dioxide emissions per year!

This system was designed to produce 4448 kWh per year, which is equivalent to 37% of the customer's current base load or 100% of their hot water usage.
Work Requests From Elmira, NY
Project Location: Elmira, NY

I would like a quote to install an Air Conditioning solution for our home.
Project Location: Elmira, NY

Plumbing to do w shower problems. Had someone fix it and still continues to leak
Project Location: Elmira, NY

Have an attic that needs additional insulation added (currently has only 3-4" likely from when home was built). Would like to add blown-in insulation as the area is pretty confined and not easy to access. Size ~600 ft2.
Project Location: Elmira, NY

We have a cape cod style home and a crawl space attic. we have ice damns in the winter and would like to eliminate this. the attic has some blown in cellulose insulation already.
Project Location: Elmira, NY

Looking in to blown insulation. Walls are lath and plaster with no insulation.
Project Location: Elmira, NY

Recently purchased a couple of homes on Elmira's Southside. Each is insulated, but the recent cold snap makes me believe that they could be better insulated.
Project Location: Elmira, NY

I'm placing a "build on site "shed/barn" on my property, on a concrete floating slab and was wondering if I could get an estimate for spray in/on insulation for just the flooring before the contractors erect the structure...the floor specs are 2x6 pressure treated joists 16" on center and 4x6 runners...total overall dimensions of the shed is 16' x 16'. (this barn is made by sheds usa called the "summer wind") thank you!
Project Location: Elmira, NY

We are looking for a quote on a possible install at a Bed and Breakfast in Rock Stream we are trying to purchase. A solar array would be part of the upgrades to the existing business and figured into the initial investment. We want a system that feeds back into the grid as there will be times where the b&b will not be occupied and energy use will be minimal. Please get a hold of me asap as the quote needs to be part of our business plan. Thank you! ~Andy
Project Location: Elmira, NY

Our furnace is broke and we need a new one. We have been heating with a gas fireplace which is not that effective with this cold weather. We have the old cast iron radiators. Our credit is not good at this time. Was wondering if have financing available for people in my situation. Thank you
Project Location: Elmira, NY

Need attick insulation for our typical smallish ranch home we just purchased. Also would like to know if we would benefit from insulation in basement.
Project Location: Elmira, NY

I would like to schedule my annual maintenance appointment for my furnace, so that we can begin using it since winter is apparently coming early this year.
Project Location: Elmira, NY

I'm interested in Solar Energy and Solar Heat. I live on top of a hill over-looking the Chemung River with an unobstructed Southern exposure. I currently heat with propane (radiant hot water heat), use the same system for hot water and spend woughly $100-120 per month on electricity. The house is about 2,400 sq feet and only two of us live there year round. I have a back-up propane generator, so power outages are not an issue. I'd like to get an idea of the most cost efficient means of incorporating solar options and determine if it makes sense to go that route. I look forward to your contact.
Project Location: Elmira, NY

The Park Church is a large historic stone church in Elmira that was built in 1874. We are interested in finding out options to make the building as energy efficient as we can without losing the historical significance. The church is listed on the national historic registry and the network to freedom underground railroad registry. I will look forard to hearing from you. Thank you
Project Location: Elmira, NY

Interested in how much it would cost me to get a solar electrical system on my property. Fedup with nyseg.
Project Location: Elmira, NY

My only concern is that you don't pay your people enough! What a team! We smelled gas in the basement in the afternoon on Saturday 3/23. Called NYSEG, they came and found that the control valve inside the furnace was leaking gas big time. So, they red tagged it and shut it off. We called two local repair men. The first claimed to have 24/7 services, but turned out that the guy "on-call" was actually in PA at the time, and couldn't get to us until Sunday morning. So, we called the next one and he would come out, but it was going to be $140 with no garuntee that he would be able to fix anything because we had a Singer furnace. Then we saw your add in the Yellow Pages, and noticed that you offer regular business hours until 9PM everyday. So we called, and got a person that actually works at your company (the other guys were using answering services). The nice girl said that she wasn't sure when exactly, but that someone would be to our house that evening and it would only be $89, and he would call ahead. The guy (Pete I think) did call and showed up at our door after dark. We were in the midst of rennovating our kitchen, but he still insisted on donning his booties to walk through the kitchen to the basement. Once down ther, he got right to work and checked the whole furnace over. He ended up finding a hole and two weld spots on the heat exchanger that were missed by our home inspector (we just moved in this past October). He said that he would have to red tag the furncase on top of the other red tag from NYSEG. Then he called his boss from our basement to see what could be done to get us heat ASAP. His boss told him to call Steve, your VP of Sales and Service. They talked for a bit, and then he handed the phone to me. Steve explained that we wouldn't be able to get a new furnace Sunday, but would have a new one first thing Monday morning. Also, he said that based on our income he would be able to get us a deal through NYSERDA to help with the cost of the furnace. And he would be able to get some other discounts for the time of year, service plan, etc. Also, he mentinoned that he would be able to apply the $89 from the service call that day to the balance of the new furnace. And, he said that the tech would be leaving us with 3 space heaters to keep warm until Monday - free of charge!! I was so happy at this point I was speachless. Then Sunday, Steve called me three times to work out all the details of the financing and NYSERDA application. On a SUNDAY!! He had a birthday party for one of his grand kids that evening, and he is calling me to make sure we have everything in order to be able to get the furnace first thing Monday. Monday morning the installers showed up, and I directed them to the external entrance to the basement, but they had their booties in hand to walk through the kitchen (still under rennovation, but we did finish just in time for Easter). They eneded up having to take the old furnace out in pieces because it was so big. They finished the whole installation by 3PM. Then as they were running the drain line for the furnace, they noticed the old saddle valve from where the fridge had hooked into the cold water was leaking (I had capped it, but it was still leaking, so I knew I would have to take it off and seal the pipe at some point). I explained this to them and they went right ahead and fixed it for me, and they did a darn good job of it too! So again, I just wanted to reiterate that I hope you pay your people a lot because they sure do deserve it.
Project Location: Elmira, NY