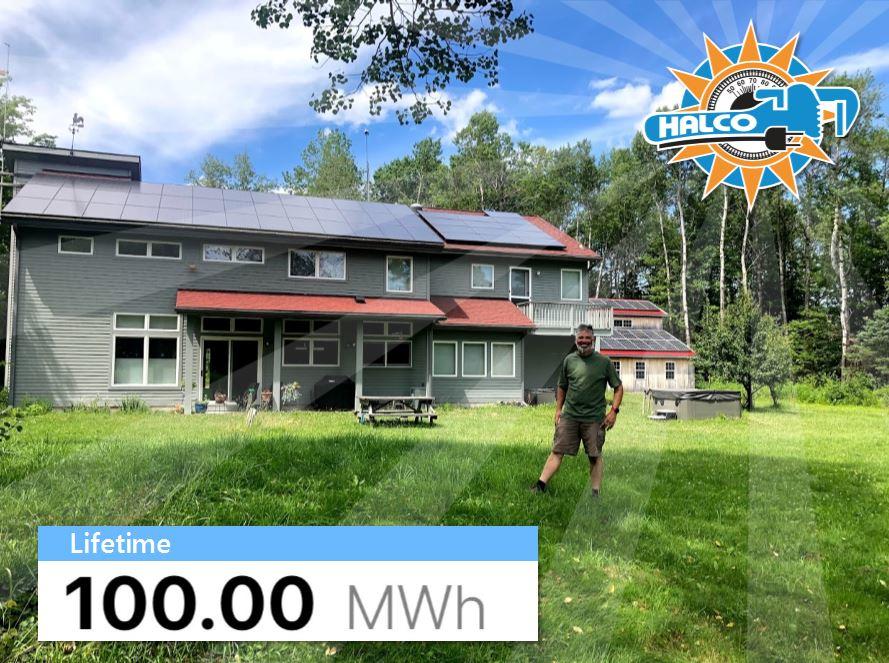 Ithaca, NY customers, Charles and Susan, just hit 100 MWh of electricity produced with their Halco installed solar arrays! To put this number in perspective, 100 MWh is enough to offset 12.3 homes' electricity use for one year, 7,957 gallons of gasoline consumed, and 77,308 pounds of coal burned. Wow! Congratulations on reaching this milestone!

Charles and Susan also have a geothermal system installed in their home. "We were working with a builder on a new home - one we wanted to be LEED Gold - and they were working with Halco to put in geothermal heat. We ended up buying a house instead of building, but the boiler in the house was using 2,000 gallons of propane a year! So we called Halco about having geothermal put in. We went from an $8,000 a year heating bill to maybe $2,000 a year - and much cleaner! Then we had Halco install some solar panels for us and we dropped our bill to under $1,000 a year - and much cleaner! We bought a hot tub and an electric car and we wanted to offset more of our electric usage so we got some more solar panels… We're getting closer to net 0 but there's always work to be done," said Charles.

Back to Previous Page