A COVID-19 Notice: Halco is open for business and we are taking extra precautions to ensure the safety of you and our employees. 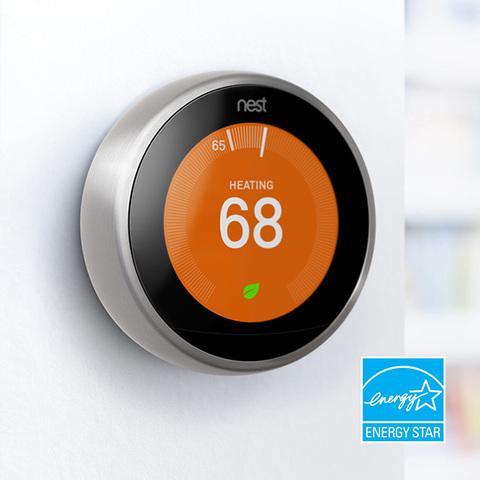 Today, the Nest Learning Thermostat received an ENERGY STAR® from the EPA. In fact, it is the first thermostat in America with an ENERGY STAR. After rigorous testing, the EPA has confirmed what we’ve been saying all along: the Nest Thermostat saves energy.

In 2009, the EPA took away the ENERGY STAR from all programmable thermostats. You can only get an ENERGY STAR if the EPA is confident your product is really energy efficient. But the EPA wasn’t confident in programmable thermostats. They didn’t seem to provide significant energy savings. They were too complicated, and most people didn’t use them effectively. You can’t force people to program their thermostats to save energy. But the whole equation changes if thermostats can learn to do it themselves.

Independent studies have shown that the Nest Thermostat has saved people an average of 10% to 12% on heating bills and 15% on cooling bills. Based on typical energy costs, we’ve estimated average savings of $131 to $145 a year. In under two years, it can pay for itself.

We know that our thermostat helps people save energy, and now the EPA ENERGY STAR program wants everyone to know it too.

Back to Previous Page
Back to News & Events
Related Categories: Energy Efficiency